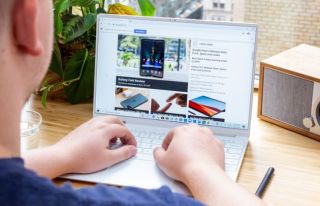 So if you're long overdue for a laptop upgrade and you're short on cash, you've come to the right place. We're spotlighting all the best Presidents' Day sales on today's best laptops.

Lenovo continues its Presidents' Day sale, slashing 45% off its ThinkPad X and ThinkPad T workstations. That means you can snag yourself an excellent business laptop for as low $708.95 via Lenovo's Presidents' Day coupon, "THINKPRESDAY". Meanwhile, Dell continues to take $270 off the new Alienware m15 R2 gaming laptop.

So if you've been anxious for a price drop on a particular config, here are some Presidents' Day sales you can still get right now.

Up to 45% off X and T ThinkPad Laptops @ Lenovo
Lenovo ThinkPads are among the best business laptops you can buy. Use coupon code "THINKPRESDAY" to take 45% off select X and T series ThinkPads. View Deal

HP Omen Gaming Accessories: Up to 35% off @ HP
Get all the gaming gear you need at half the price. HP is taking up to 35% off Omen gaming accessories during its Presidents' Day sale. For instance, you ca, get the Omen Headset 800 for just $51.99, which is $28 off. View Deal

Dell Chromebook 11 3100: was $341 now $239 @ Dell
This durable Chromebook can take whatever your kids can dish out, including drops and spills. Its specs are solid for the price, you get an 11.6" HD display, a Celeron CPU and 4GB of RAM.View Deal

Amazon Fire 7 Tablet: was $49.99 now $39.99 @ Amazon
The Fire 7 tablet is the best affordable tablet around. It lets you access your favorite entertainment apps and call on Alexa for hands-free functionality. It's now at its second-cheapest price ever.View Deal

Samsung Chromebook 3: was $229 now $159 @ Walmart
The Samsung Chromebook 3 is one of our favorite budget machines providing enough horsepower for everyday tasks like streaming and working in the cloud. It also has a spill-resistant keyboard, which is great for accident prone users.View Deal