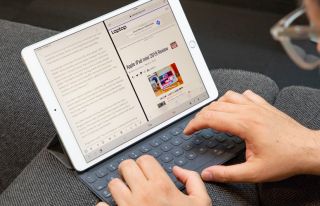 The iPad Pros are unquestionably among the best tablets on the market, but paying upwards of $800 for a tablet is just not justifiable for a lot of users. The desire for some of those top-end features at a more affordable price is what makes the iPad Air a compelling option for many. If rumors are to be believed, both the features and the pricing are set to get even more interesting this year.

The most recent rumor comes courtesy of DigiTimes and it reaffirms some existing claims that supply chain partners are ramping up for third-quarter production of the iPad Air 2020 and that, despite many upgrades, the tablet will cost less than $499 (unlike all previous models (via PhoneArena)).

Unfortunately, the source did not provide specifics regarding the new pricing, merely indicating that it "will be available at more affordable prices." However, any discount given the rumored spec bump will certainly be welcome.

As a quick refresher, a report from Apple analyst Ming-Chi Kuo at the end of June stated that a new iPad featuring a 10.8-inch display would be released in the second half of this year. There were some questions as to whether that will be the standard iPad or the iPad Air, but consensus has fallen on that device being the Air.

Other rumored upgrades include a move to the A13 Bionic chipset from the current iPhones, a new 20W charger in the box (up from 12W), Face ID support or an in-display Touch ID reader and possibly USB-C replacing the Lighting port in a non-Pro Apple tablet for the first time.

Given all of these updates, it is unlikely that we are looking at a serious price drop for the iPad Air. After all, Apple has the standard iPad (2019) at $329 to fend off the best cheap tablets from other manufacturers, but a $30 to $50 cut seems plausible with Apple getting to reuse components from some of the rest of its lineup.

Apple is reportedly still on target for its traditional September event this year and that is where we expect to see the official launch for this tablet, so there is not much longer to wait.