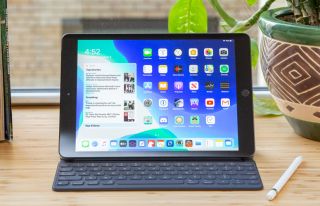 While rumors of an iPad Pro with 5G and a miniLED display are grabbing plenty of attention, for those that don't want to spend over $1,000 on a tablet, new rumors regarding the iPad and iPad mini might make them all the more appealing.

Ever reliable Apple analyst Ming-Chi Kuo indicated in a research note obtained by MacRumors that Apple is planning to release a new iPad with a 10.8-inch screen in the second half of 2020 and an 8.5-inch model in the first half of 2021 (via Mashable).

It would be a much more significant leap for the standard iPad coming from its current 10.2-inch display, although that would mirror the 0.6-inch increase Kuo predicts for the iPad mini. The current iPad Air on the other hand features a 10.5-inch display and previous rumors have suggested it will be moving to an 11-inch panel with its next update.

Given the rest of the rumors surrounding the updates to the iPad Air, including a potential move to USB-C and the design of the current 11-inch iPad Pro, it's plausible that Apple wouldn't be too worried about cannibalizing sales of that tablet with this update to the standard iPad.

Kuo also indicated that both of these tablets would include a new 20W charger in the box, which will definitely let you get your tablet powered up a lot faster than the current 12W charger.

Kuo did not have any new information regarding the internals for these devices, previous rumors have suggested a move to the A13 Bionic found in the current iPhones for the iPad mini, but we have not seen similar claims for the standard iPad yet.