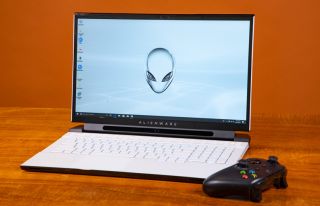 The best gaming deals of the summer heating up as we countdown to the release of the PS5 and the Xbox Series X. You still have time to snag some incredible Black Friday deals in July from several gaming retailers.

From laptops to gaming headsets, stores are offering generous discounts across all gaming platforms.

Whether PC gaming, console gaming or Switch handheld gaming is your bag, we've got you covered. We're scouting out the most notable gaming discounts for every system.

Frugal gamers usually rack up on gaming gear on Black Friday and even Amazon Prime Day. However, retailers currently offer some excellent deals on gaming laptops as well as games and accessories this spring. In fact, in some instances, deal prices best even the top gaming deals we saw during the holidays.

If you're looking for a PC game deal, you can preorder Cyberpunk 2077 for PC for just $49 ($10 off) from Amazon. This highly anticipated first-person action/RPG lets you act as a brilliant hacker, deadly sharpshooter, suave conversationalist, and just about anything in-between. Preorders ship to meet Cyberpunk 2077's September 17 release date.

In the meantime, here are the best gaming deals right now from gaming laptops to gaming headsets.

Cyberpunk 2077 (Preorder): was $59 now $49 @ Amazon
In this first-person action/RPG, you can be a brilliant hacker, a deadly sharpshooter, a suave conversationalist or anything in-between. Preorder now and save $10 in this Amazon gaming deal. View Deal

Alienware 25" Gaming Monitor: was $709 now $365 @ Dell
The new Alienware AW2518H gaming monitor is currently $144 off. This top of the line display packs a 240Hz refresh rate, G-Sync support and custom AlienFX lighting. It's one of the best gaming monitor deals we've seen all year. View Deal

The best gaming deals we're seeing for the Nintendo Switch platform are on games and accessories. Switch Lite consoles are going in and out of stick at Best Buy, so we recommend you keep an eye on the link.

Witcher 3: Wild Hunt for Switch: was $59 now $49 @ Amazon
The Complete Edition of Witcher 3: Wild Hunt contains every piece of downloadable content released for the game, including story expansions: Hearts of Stone & Blood and Wine. For a limited time, you can save $10 on this Switch game deal at Amazon. View Deal

Far Cry 6 Preorder for Xbox One: was $59 now $49 @ Amazon
Save $10 when you preorder Far Cry 6 for Xbox One. Play as Dani Rojas, a local Yaran, and become a guerrilla fighter to liberate your nation. Fight against Anton's troops in the largest Far Cry playground to date across jungles, beaches, and Esperanza, the capital city of Yara. View Deal

Borderlands 3 for Xbox One: was $39 now $10 @ Best Buy
The original shooter looter returns, packing bazillions of guns and an all new mayhem fueled adventure!View Deal

NBA 2K20 for Xbox One: was $59 now $18 @ Amazon
NBA 2K20's enhanced MyCareer mode packs a star-studded cast including Idris Elba, Rosario Dawson. And for the first time, all 12 WNBA teams and over 140 players are in the game and ready to run in Play Now and Season modes.  View Deal

WWE 2K20 for Xbox One: was $60 now $19 @ Amazon
Get pumped for Money in the Bank with this WWE 2K20 gaming deals. Its roster is packed with WWE Superstars, Legends, Hall of Famers, and NXT’s best. Step inside the ring with your favorite sports entertainers now and save $40.View Deal

Far Cry 6 Preorder for PS4: was $59 now $49 @ Amazon
Save $10 when you preorder Far Cry 6 for PS4. Play as Dani Rojas, a local Yaran, and become a guerrilla fighter to liberate your nation. Fight against Anton's troops in the largest Far Cry playground to date across jungles, beaches, and Esperanza, the capital city of Yara. View Deal

The Evil Within 2: was $40 now $10 @ Amazon
The Evil Within 2 is $30 off at Amazon for a limited time. This sequel takes the acclaimed franchise to a new level with its unique blend of psychological thrills and true survival horror. View Deal

Assassin's Creed Valhalla (Preorder): was $59 now $49 @ Amazon
Lead epic Viking raids against saxon troops and fortresses with Assasin's Creed Valhalla. Preorder it now from Amazon and save $10. Orders will ship to meet its December 31 release date.

Mortal Kombat 11 for PS4: was $24 now $19 @ Amazon
MK11 is the biggest, bloodiest and best Mortal Kombat yet. This latest series installment has an overhauled fighting engine and immersive story mode. View Deal

NBA 2K20 for PS4: was $29 now $19 @ Best Buy
NBA 2K20's enhanced MyCareer mode packs a star-studded cast including Idris Elba, Rosario Dawson. And for the first time, all 12 WNBA teams and over 140 players are in the game. View Deal