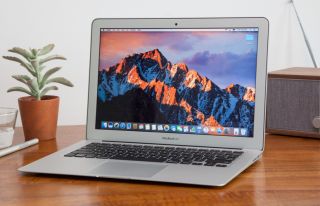 Heads up, Mac fans. The 2017 MacBook Air — the one with the good keyboard — just hit an all-time price low at Amazon.

Today only, Amazon has the Apple MacBook Air (2017) on sale for $679. That's $30 cheaper than it was on Amazon Prime Day and one of the best Black Friday laptop deals we've seen this month.

MacBook Air 13" (2017): was $999 now $679 @ Amazon
Need an affordable Mac that has a good keyboard? The 2017 MacBook Air may be a few years old, but it's still a solid machine with excellent battery life and an even better keyboard. It's now at an all-time price low. View Deal

It sports a 13.3-inch, 1440 x 900 resolution display and a 5th Gen Intel Core i5 CPU. Yes, those are some dated specs, but they'll do just fine for people who want a laptop for simple tasks.

We reviewed the MacBook Air and praised it for its long 10+ hour battery life and comfortable (and reliable) keyboard. However, the screen doesn't hold up to today's standards, which is something to keep in mind if you stream lots of videos.

Make sure to follow our best Amazon Black Friday deals coverage for the best deals of the month.