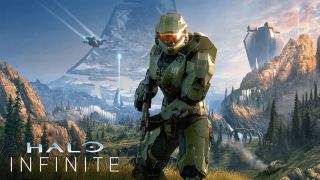 Halo Infinite was apparently not running on an Xbox Series X in the gameplay demo we saw at the Xbox Series X games conference yesterday, according to a 343 developer. "The game was captured from a PC that is representative of the experience that players will have on Xbox Series X."

While this isn't necessarily a rare occurrence, it could explain the general disappointment regarding the lack of graphical polish seen in the demo. Additionally, Halo Infinite is set to launch on PC anyway, so this isn't a particularly strange thing for Microsoft to do.

Many fans noticed Halo Infinite didn't look particularly suitable for the next generation. In fact, there are a few moments throughout the trailer where you can see far-off areas of the open world still being loaded. This seems strange, as the Xbox Series X should be capable of rendering assets at a speed never before seen on consoles.

Microsoft is even showing these incredible capabilities through its third-person horror game The Medium, which has two separate worlds rendered simultaneously. And yet, as seen in the image below, there were moments in Halo Infinite where the textures look a bit flat.

Now that we know the game wasn't running on an Xbox Series X, it could potentially explain some of the issues. Halo Infinite has a long development time remaining, and it's possible that many aspects have not been fully optimized yet.

On the other hand, using a PC for the demo might also imply that the Xbox Series X version looks even worse.

Halo Infinite is set to launch this holiday season alongside the Xbox Series X, and it will be free through Xbox Game Pass on Xbox One, Xbox Series X and PC.