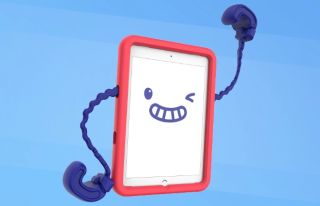 The best tablet cases for kids will be a protective case that shields it from those inevitable drops. Even if your child has a bad case of the butter fingers, with a good, sturdy tablet case, you won't have to worry about the possibility of a shattered device. We get it -- no parent likes to see their hard-earned money being flushed down the toilet. That's why we've rounded up a list on the best tablet cases for kids.

Now if you've already bought one of those Amazon Fire tablets, we recommend the FreeTime Kid-Proof Case.  If you've opted for a pricey Apple tablet, we've found plenty of cases to guard Apple's latest iPad, which we can understand wanting to protect (its $329 starting price is steep!).

No price information
View at Amazon
See all prices (1 found)