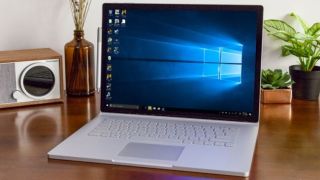 We finally know what to expect from the Surface Book 3 and Surface Go 2 when Microsoft unwraps them later this year.

Neither device will receive a major design overhaul, but the internals will be updated with the latest components, according to a report from Petri's Brad Sams. Keep in mind that Sams doesn't say where he got this info from, so don't take it as gospel.

The Surface Book 3 and Surface Go 2, two detachable devices on opposite ends of the pricing spectrum, were notably missing when Microsoft updated its Surface lineup last year. We're now a few months into 2020 and the software giant remains tight-lipped.

Fortunately, this new report gives us something to look forward to in the coming months.

Pricing is expected to be similar to the previous generations for both devices.

That means the Surface Book 3 will likely start at around $1,400 for the 13.5-inch model and work its way past $3,000 on higher-end configs. The Surface Go 2 will probably cost around $400 and continue to serve as a low-price alternative to the Surface Pro 7. Sadly, there is no sign of Microsoft including the detachable Type Cover keyboard.

Sams says Microsoft will unveil the Surface Book 3 and Surface Go 2 at a spring hardware event, likely to be set in New York City.

It has been more than two years since the Surface Book 2 launched, so the premium detachable is long overdue for an update. Based on the report, the Surface Book 3 will pack the latest 10th Gen Intel Core processors and Nvidia GTX 16-series graphics.

That's no surprise, and still leaves a lot to be determined. Microsoft could choose to go with either Comet Lake or Ice Lake U-series chips, and we could be either looking at a GTX 1650 or 1660 variant of Nvidia's graphics.

Interestingly, Microsoft will supposedly offer the 15-inch Surface Book 3 with Quadro graphics. Unlike GTX or RTX graphics, which are meant for gaming, Quadro graphics (typically found in workstations) are better at computational tasks for the workflows of content creators and engineers.

RAM will supposedly be offered in 16GB and 32GB options and storage should go up to a 1TB SSD (fingers crossed it's faster than before).

Again, the design isn't expected to change much, so the Surface Book 3 should be a metal clamshell laptop with a uniquely rounded hinge that allows the display to detach from the base and serve as a standalone tablet. That said, with more powerful graphics, the Surface Book 3 might use a different charging method than before.

Microsoft's budget Surface device will be refreshed alongside the company's most expensive machine.

The Surface Go 2, an 11-inch tablet with a detachable keyboard (sold separately), will receive a similar treatment as the Surface Book 3 in that the design will remain the same as its predecessor's but the components will get an update.

The Surface Go 2 will retain low-end chips, which is no surprise given that it's a budget tablet. Pentium Gold will likely make a return, potentially as a lower-end option to a Core m-series chip. We'll keep our fingers crossed for a Core i3 version.