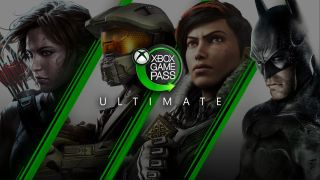 During Microsoft's Xbox Series X games showcase, the company confirmed that every game shown at the conference will be available through Xbox Game Pass or through free-to-play.

Although the event was generally underwhelming due to an abundance of cinematic trailers (and a lack of gameplay), this has absolutely solidified Xbox Game Pass as the most incredible deal in gaming history.

Xbox Game Pass is getting greater

At the Xbox Series X games conference, Microsoft showed off nearly two dozen games, and the value you get in just what was shown amounts to hundreds of dollars.

Huge games like Obsidian Entertainment's Avowed, which looks like an attempt at a first-person fantasy RPG akin to The Elder Scrolls, will be on Game Pass. Some of Xbox's biggest first-party games, including Fable and Halo Infinite, will also be playable on launch through Xbox Game Pass on PC or console.

We'll file this one under "good news" pic.twitter.com/uRNGDDvM8eJuly 23, 2020

Some other notable games that will be available through Game Pass include Stalker 2, Everwild, State of Decay 3, Hellblade 2, Warhammer 40,000 Darktide, Psychonauts 2 and The Medium.

Additionally, Microsoft is working hard to include non-first-party games into these deals. The company revealed that Destiny 2's Beyond Light, Shadowkeep and Forsaken will be completely free through Game Pass, which is $100 worth of expansions.

This is especially a great deal for PC players, as every exclusive the company makes will be available on PC, and if you get Game Pass for PC, you're spending very little money for a lot of value.