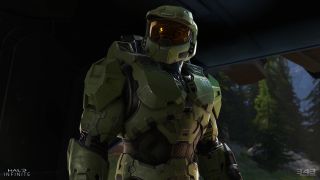 Microsoft just wrapped up their Xbox Series X games showcase where fans got their first look at Halo: Infinite gameplay, a Fable announcement trailer and Obsidian Entertainment’s latest first-person fantasy RPG. While we got a handful of brand new game announcements, it was done through an overwhelming onslaught of cinematic trailers.

This may be enough for some, but it’s difficult to get excited for a game when all we’re seeing is a pre-rendered cutscene. As a result, the best moments of the conference included Master Chief grappling onto a brute to elbow him in the face and watching the dual-rendered worlds showcased within The Medium.

The lack of gameplay within this conference is a large part of why it didn’t stick with me as much as Sony’s Future of Gaming showcase. Some of the most intriguing titles revealed would have benefited greatly from a gameplay trailer. Instead, we’re left trying to generate excitement for a handful of games without much of an indication of what they will actually look like.

For example, Everwild received a cinematic trailer even though we were given one last year. I still have no clue about gameplay. It’s a frustrating turn of events when neither of them showcase any in-game footage.

Still, the lack of gameplay isn’t because Microsoft is purposely holding anything back. Many of these titles are likely in very early development. This means the company couldn’t have provided polished gameplay trailers even if they wanted to.

At this point, it’s just a matter of when Xbox’s first-party studios are far enough in development to confidently showcase something worthwhile. Assuming this takes an extra year, Xbox’s 2021 conference should prove to be far more compelling.

At this year's conference, Xbox focused on announcing games rather than showing them. State of Decay 3, Forza Motorsport, Everwild, Avowed, Stalker 2, Warhammer 40,000: Darktide and Fable only received cinematic trailers. Additionally, Hellblade 2 v made a very brief appearance to inform us that the game would be taking place in Iceland.

This means that Microsoft has eight recently-announced games currently in development, which shows how dedicated the company is to building their line-up after facing years of criticism regarding their lack of exclusives.

With all of these under their belt, it’s clear they’re preparing for an excellent conference next year. Imagine getting a first look at the gameplay of Everwild, Avowed, Stalker 2 and Fable all in the same showcase. Additionally, developer The Initiative did not appear at this conference to announce their game. Assuming it isn’t announced at The Game Awards, we’ll likely also see it at Xbox’s 2021 showcase.

Next year is shaping up to be a great year for Microsoft, as the company has over half a dozen new games to show off footage. However, this unfortunately means that Xbox’s conference this year turned out to be mostly underwhelming.

It’s not Microsoft's fault that their first-party games aren’t polished enough to have gameplay trailers, but the company could have held back on showing many of these titles for the sake of making next year's conference even better.

This strategy has proven to be quite effective, as Sony skipped having a big conference around E3 season in 2019 for this exact reason. The decision allowed for the company to take an extra year to prepare for an even more impressive showcase, which is a big reason why Sony’s Future of Gaming conference was incredible this year.

The Xbox Series X games conference mostly failed to live up to expectations, but it’s incredible to know that every game shown will be free through Xbox Game Pass.

Once again, this makes it the best deal in video game history. Not only will owners get their hands on every new exclusive that comes to Xbox, but as time passes, they’ll have access to an ever-increasing library. To know that Fable, Halo: Infinite and Avowed will be available for $9.99 a month is absolutely insane.

We'll file this one under "good news" pic.twitter.com/uRNGDDvM8eJuly 23, 2020

Even if you’re not interested in most of Xbox’s library, you could just pay for a month of service whenever an interesting game is released. For example, if you had your subscription active only only when Fable, Halo: Infinite and Avowed released, you’d be paying $30 for $180 worth of games.

Overall, Xbox still has work to do with their exclusive line-up, but it’s absolutely undeniable that their consumer friendliness far outmatches any other company in the industry.