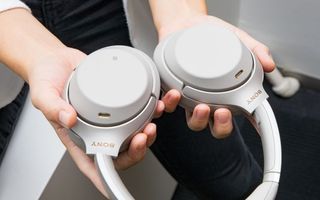 Walmart published a listing for the Sony-WH1000XM4 that gives us a rundown of features expected on the Bose 700 rivals before they arrive later this year.

While some of these features have already leaked, owners of previous models will be happy to learn of a new spec called Precise Voice Pickup Technology, which promises to improve the voice call quality during hands-free calls.

The Sony-WH1000XM3 is a great pair of noise-canceling headphones but their Achilles' heel is terrible call quality, an area the Bose 700 excels at. Sony seems to have listened to the widespread criticism of this shortcoming and is rectifying it with better mic quality.

Here is the description of the feature found in the listing:

"Thanks to Precise Voice Pickup Technology, which combines five built-in microphones with advanced audio signal processing, WH-1000XM4 delivers clearer voice quality to the other person on the phone. Precise voice pickup technology implemented in WH-1000XM4 optimally controls the five microphones built into the headphones and performs advanced audio signal processing to pick up your voice clearly and precisely for hands-free calls."

There is no reference to voice isolation, which attributes to the outstanding voice call quality on the Bose 700, but five microphones and a new audio signal processor in the 1000XM4 should result in crisp, clear phone calls. Call quality is more important than ever now that so many people are video conferencing from home during the coronavirus lockdown.

This product listing also confirms the multipoint connection feature leaked by Twitter user JustPlayingHard a few weeks ago. You'll be able to connect the WH-1000XM4 to multiple devices and easily switch between audio source. There seems to be a two-device limit, so you'll still need to disconnect a device if you're pairing the headphones to more than a phone and laptop.

The WH-1000XM4 still uses 40mm drivers with a frequency response of up to 40kHz. Battery life remains 30 hours, which is still among the best in class despite being the same as the WH-1000XM3. The headphones will also support fast charging via a USB-C port, allowing for 5 hours of playback after just 10 minutes of charge time.

As for sound quality, the WH-1000XM4 will use the LDAC audio codec, which Sony says can transmit three times more data than conventional Bluetooth for "exceptional quality, as close as possible to that of a dedicated wired connection."

The codec will be assisted by "Edge-AI," a tool that upscales compressed digital audio in real-time, restoring sound lost in compression. We hope these two features bring the audio quality of the WH-1000XM4 up to the standard set by the Bose 700.

Sony will need to throw everything they have at the WH-1000XM4 because Apple is rumored to be releasing its own pair of over-head noise-canceling headphones supposedly called the AirPods Studio.