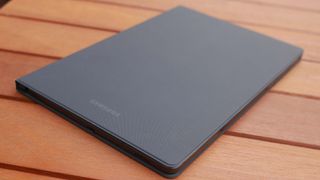 Surprise, surprise, Samsung is making more tablets, and the company plans on unveiling them at the Galaxy Unpacked event on August 5, according to Gizmodo UK's sources.

These two tablets are apparently using the codename Palette. The report doesn't specify whether these are the upcoming Galaxy Tab S7 and Galaxy Tab S7+, although various rumors suggest they are. For now, Gizmodo UK refers to them as Palette 1 and Palette 2, so we'll keep the same names to minimize confusion.

Here's what we know about these tablets so far.

According to Gizmodo UK's sources, these two tablets are intended to compete with the iPad Pro, which is not very surprising considering Samsung is expected to increase the size of the Galaxy Tab S7. Palette 1 is comparatively bigger, more responsive, more powerful and even has a revamped S Pen compared to Samsung's previous tablets.

However, Palette 2 is even bigger and more powerful than Palette 1. It apparently offers a better display as well. The report revealed that Palette 2 will feature a 120Hz refresh rate, while Gizmodo UK assumed that Palette 1 will simply be 90Hz.

Both tablets will apparently feature a better keyboard, multi-finger recognition and an S-Pen. The keyboard is meant to be a pre-order bonus, so you'll likely have to buy it separately.