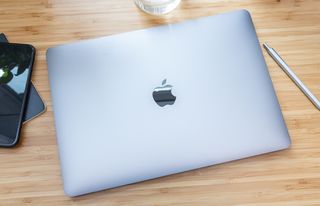 The new 16-inch MacBook Pro and MacBook Air 2020 were both updated with improved keyboards, leaving only the smaller MacBook Pro with the dreaded Butterfly keyboard. Because of this, the 13-inch MacBook Pro has gone from the best MacBook for most people to the one you shouldn't buy -- that is, until Apple releases a new version.

Fortunately, the wait is almost over. Leaker Jon Prosser (via Apple Insider) says Apple will reveal a new MacBook Pro 2020 next month. I hesitate to call it the 13-inch MacBook Pro because Prosser went on to explain that a 14-inch MacBook Pro "is a big possibility."

Prosser has a good track record for predicting the release of new Apple products, so we'll be on the lookout next month.

The MacBook Pro 2020 has seen its share of rumors over the past year. Reliable analyst Ming-Chi Kuo has stoked the flames, predicting Apple could transform the 13-inch MacBook Pro into a 14.1-inch model with a MiniLED display.

Kuo said in a research note that the MacBook Pro would be released with the MacBook Air in the second quarter of 2020. Apple jumped the gun on the new MacBook Air by releasing it in mid-March, but the Pro seems a good fit for Q2. After all, the previous version was released in May of 2019.

An improved keyboard is a given at this point, but it won't be the only change arriving on the new model. Along with a possible 14.1-inch, miniLED display, the MacBook Pro is expected to receive 10th Gen Intel Core CPUs and thinner display bezels.