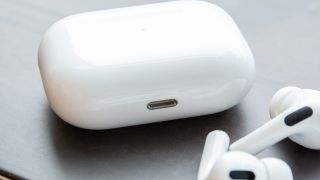 Apple's growing lineup of headphones has been the source of quite a few rumors of late, with talk of new AirPods, updated AirPods, and over-ear headphones all somewhere in the development pipeline.

One of the most reliable sources on all things Apple, analyst Ming-Chi Kuo, has weighed in today with an investor note describing his appraisal of where things stand with Apple's various headphones through 2021 (via 9to5Mac).

According to Kuo, an updated version of the standard AirPods will be the first to arrive, with mass production starting in the first half of this year. Many rumors have pointed to a new set of AirPods being announced next month. Speculation is that these would be a new AirPods Pro Lite, but rumors of delays have cropped up recently.

Interestingly, Kuo believes this product is "more likely to be" something in the Beats lineup rather than a new pair of AirPods. If Beats buds arrive this fall, it would offer some clarity on the predicted overlapping pricing with the traditional AirPods.

Next up will be the Apple over-ear headphones -- rumored to be called the AirPods X -- which Kuo indicated would enter mass production beginning in mid-2020. This would likely align with a launch alongside the iPhone 12 in September.

Kuo's last prediction jumps all the way out to the end of 2021 or early 2022, which is when he believes a new version of the AirPods Pro will hit production. Notably, this would put the AirPods Pro on a 2-year or longer update timeline, similar to what we saw between the release of the original and second-generation AirPods.