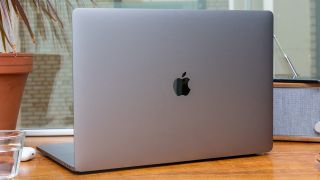 The rumors about Apple shutting out Intel for good may come to fruition. A new report details that Apple will launch its first Mac with a custom ARM processor by 2021.

Apple has proven that it's more than capable of developing a successful processor as shown with those powering the iPhone and iPad. But, according to Bloomberg, the 5-nanometer processors in its upcoming MacBooks will be "much faster" than the A13 processor in Apple's most recent smartphones and tablets.

Bloomberg states that Apple has a range of chips planned for future Macs, but the first one will feature 12 CPU cores -- 8 high-performance cores and 4-efficiency cores.

The report also mentions that the multiple chips Apple is developing are part of an internal project called Kalamata, which is meant to synchronize chip architectures between mobile and desktop chips.

Bloomberg also states that Apple's first Mac to launch with this new chip will be an entry-level MacBook, which seems to line up with the recent rumor about a 12-inch MacBook with an ARM CPU on the way.

On top of that, Apple is reportedly looking into tools that could let old built-for-Intel apps continue to function properly on the ARM-based Macs, which is the same thing the company did when it moved from PowerPC to Intel.

If the report is to be believed, this could be a great move for Apple. For one, it'll have full control over its product launches, without having to worry about a third-party chipset. Secondly, if the company does it right, we could see even more power and better battery life out of the future MacBooks, which is incredibly exciting.

We'll learn sooner or later if this comes to pass when the next MacBooks launch. If it does, it's bound to shake things up.