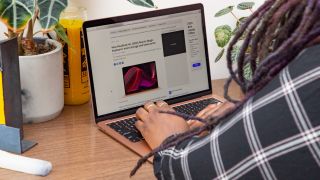 Apple loves to sell the remarkable integration between its devices, however, its laptops and desktops were notably left out of universal App Store purchases. That is, until now. Apple announced a new feature for developers that allows them to finally include macOS apps as part of a universal purchase (via AppleInsider).

This should be great news for developers and customers alike as it reduces the friction of purchasing the same app across multiple platforms. This can even include in-app purchases across iOS, iPad OS and MacOS for the first time.

Apple explained it to developers succinctly in its post regarding the update:

We expressed our excitement at the potential for Mac Catalyst apps in our macOS Catalina review, but these apps haven't proliferated as quickly as we thought they might. This move will hopefully help motivate additional developers to use Mac Catalyst and release their apps across the full range of Apple platforms.