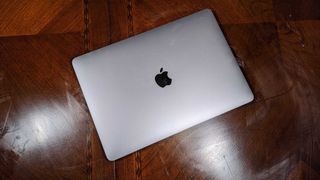 Apple increased the price for upgrading the RAM on the entry-level 13-inch MacBook Pro. Customers must now pay $200 to go from 8GB to 16GB of memory, up from $100 when this latest laptop was released less than a month ago.

The Cupertino tech giant quietly bumped up the upgrade charge last week without giving any warning or explanation, as MacRumors reported. It made a similar change in other regions beyond the US; In Germany, the price of doubling RAM on the MacBook Pro went from €125 to €250 whereas the UK saw a similar price hike from £100 to £200.

We were already skeptical of this particular MacBook Pro model as it still relies on Intel 8th Gen chips, which have been largely phased out by other laptop makers in favor of the more powerful 10th Gen variants.

It's certainly disappointing that Apple would increase its upgrade prices beyond the lofty starting price it already asks of customers. If it's any consolation, the MacBook Pro's RAM doubling in price to $200 puts it in line with the price of memory for the MacBook Air.

As for why the price might have increased, that still remains a mystery. It's possible that supply chain disruptions caused by the coronavirus outbreak have increased the price of RAM. Then again, China, where Apple makes its laptops, has been reopened for several weeks now.

Perhaps Apple was running a silent deal on RAM to get a sales boost upon the launch of its latest MacBook Pro. Whatever the case, customers will need to save another $100 for that critical upgrade to 16GB of RAM.

If you're still wondering which of Apple's laptops to buy, see our Which MacBook Pro is right for you? guide where we breakdown each model.