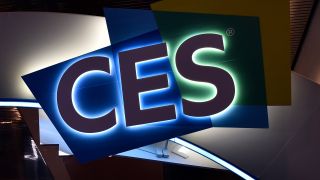 CES 2020 has officially kicked off, and we've already seen some of the most exciting laptops, tablets and computing gadgets of the year. We've gotten our hands on one of the lightest laptops of all time, exciting new 2-in-1s, and an accessory that turns any laptop into a powerhouse gaming machine.

Be sure to bookmark this page, as we'll be rounding up the biggest news stories of CES 2020 as well as our hands-on impressions of the latest wares from Lenovo, Acer, Dell and more.

CES 2020 could be a monumental show for computing, with tons of big innovations on the way. Here's what to look out for.

In preparation for 5G's launch throughout larger swaths of the country, we're expecting to see a lot more laptops sporting mobile broadband. These always-connected laptops will be faster than anything we've seen before and can act as a hotspot in a pinch. While we've gotten glimpses of some notebooks like the beautiful Galaxy Book S, we're expecting to see a lot more options. Heck, there's even a rumor that Apple will be joining the fray with 5G MacBooks.

Qualcomm will be a major player in this space as the company recently unveiled its Snapdragon 7c and 8c chips. Targeting entry- and mid-level laptops, Qualcomm is looking to bring always-connected systems to mainstream consumers in a big way.

However, we should also be on the lookout for Qualcomm's 8cx processor. A 7-nanometer chip, the 8cx chip is featured in the company's Project Limitless concept and is supposed to deliver better performance and longer battery life along with LTE connectivity. Samsung is also rumored to be working on a 5G tablet, the Galaxy Tab S6.

But don't think 5G is going to be a Qualcomm-only affair. Intel is reportedly teaming up with MediaTek to make their own 5G laptops.

Now that foldable phones are sort of a thing, it's only natural that tablet makers are going to want a piece of the action. While we don't think we're going to see many (if any) consumer-ready models at CES 2020, we're pretty confident that we'll be seeing quite a few concepts as companies try to figure out this new medium.

However, if we do see a consumer-ready device, we expect that it will come from Lenovo. It's been reported that the company has set a date of Q2 2020 for its first foldable, a variation of the ThinkPad X1. Another possible contender is Microsoft, which is reportedly launching the Surface Neo sometime in Q3 2020.

As the foldable market begins to heat up, don't think for a second that laptop manufacturers aren't going to be looking for ways to add another screen to their setups. Right now, Asus is leading the charge with excellent laptops such as the ZenBook Pro Duo and the ZenBook 15. But we wouldn't be surprised if we saw a lot of dual-screen concepts at the show.

AMD's been killing it on the desktop front over the past few years. Andhe company is long overdue for a serious comeback on the mobile front. We're pretty confident that AMD will be making some announcements regarding mobile during the company's keynote Jan. 6.

From there, we're expecting to see mid- to upper-tier laptops sporting either a Ryzen CPU or a Radeon GPU. And while we're excited at the potential of getting AMD processors in laptops, we're more hopeful about the graphics cards. It'd be nice to have an option besides Intel and Nvidia again.

If you thought Intel was done rolling out all the 10th Gen goodies, you're definitely mistaken. The company is still working on introducing its Project Athena initiative. And that means more laptops.

Business laptops that have Intel's vPro technology such as the HP Elite Dragonfly are forced to use 8th Gen chips because 10th Gen doesn't support the technology...yet. We're also waiting to see the arrival of 10th Gen H-series processors for gaming laptops.