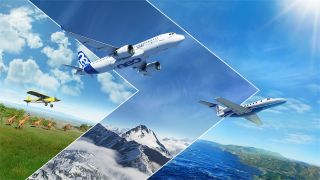 Whish! That's the sound of the wind pummeling your window as you take off to the sky in Microsoft Flight Simulator.

The hotly-anticipated flight-simulation software will be more immersive than ever, thanks to the game's support for VR. However, in a recent blog, the Redmond-based tech giant announced that MFS will only support one VR headset this year (via CNET).

In addition to Windows 10 and Xbox Game Pass PC, Microsoft Flight Simulator will also be available on Steam.

On top of that, MFS fans will get to experience full immersion as they explore the world -- MFS will have TrackIR support for its day-one launch and VR support will be offered later this year.

The Redmond-based tech giant noted that TrackIR and VR were the most requested features that MFS fans demanded from Microsoft, and now, the megacorp is fulfilling fans' desires.

"TrackIR is the premier head-tracking solution delivering full six degree of freedom (6DOF) camera control for an ultra-immersive simulator experience," the blog said. With TrackIR, simmers will get to enjoy mouse-free, low-latency exploration of the 4K Microsoft Flight Simulator world.

The HP Reverb G2 is slated to arrive this fall.

Microsoft Flight Simulator is set to be released on Aug. 18, and we can't wait to fulfill our dreams of piloting a plane. Due to pandemic-related travel restrictions, MFS is a much-needed escape filled with flight and freedom.