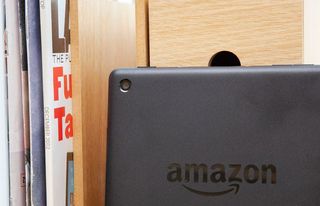 Amazon Prime Day is one of the biggest retail holidays of the year. It's a made-up celebration that gives Prime members exclusive access to sitewide deals on everything from Fire Tablets to gaming laptops.

What is Amazon Prime Day

That said, Amazon usually has a lead up to Prime Day with "unofficial" deals that start as early as June. Amazon rivals like Walmart, Best Buy, and Target hold similar summer sales to take some attention off Amazon Prime Day.

Where is Amazon Prime Day celebrated

Back in 2015, the first Amazon Prime Day was celebrated in the U.S., UK, Spain, Japan, Italy, Germany, France, Canada, and Austria. Last year, however, turned out to be the biggest Prime Day ever.

Amazon isn't one to shy away from big events and Prime Day is no exception. For the past two years, Amazon has kicked off its Prime Day celebration with a Prime Day concert that all Prime members can stream live via Amazon's website.

Both concerts were held in New York and 2019's concert was available for streaming throughout Prime Day. (For Prime members only, naturally). We expect Amazon to offer a similar Prime Day concert later this summer.

Should I wait for Amazon Prime Day deals

Valentine's Day, Mother's Day, and Memorial Day are just a few of the holidays ahead of Amazon Prime Day 2020. This begs the question — is it worth waiting for Prime Day deals to begin? In a word, no. That's because the year has just started and it makes no sense to wait for Prime Day this early in the year.

For instance, right now the Fire HD 10 Tablet is back on sale at its lowest price ever. In fact, every Amazon tablet is on sale right now, which makes it a great time to upgrade your tablet or purchase one for the first time.

However, as we inch closer to Prime Day, it makes more sense to wait. By late May or early June, you'll save more money if you wait for Amazon Prime Day deals to begin.

What were the best Amazon Prime Day deals?

What were the best Amazon Prime Day laptop deals?

What were the best Prime Day Whole Foods deals?

Laptop Mag is supported by its audience. When you purchase through links on our site, we may earn an affiliate commission. Learn more here.