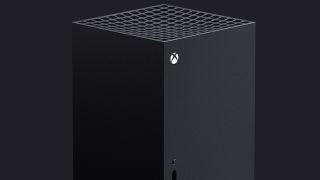 The release date for the Xbox Series X might have just leaked.

Microsoft's new website for the next-gen console briefly showed a "Thanksgiving 2020" release date before reverting back to Holiday 2020. Microsoft hasn't revealed an official launch date for the Xbox Series X, only that it will arrive this holiday season.

It's not clear why the site said "Thanksgiving 2020," and whether that means the exact day (Nov. 26) or around that time. It's also possible this was a mistake.

The Game Awards creator Geoff Keighley wrote in a tweet that an unnamed source told him the release date on the website was an error.

Not long after, Larry Hryb, the director of programming for Xbox Live, tweeted, "Some regions inaccurately listed the launch date for Xbox Series X as Thanksgiving 2020." He reiterated a Holiday 2020 launch.

An Xbox product page in some regions inaccurately listed the launch date for Xbox Series X as Thanksgiving 2020. We are committed to launching Holiday 2020March 18, 2020

While Xbox isn't prepared to give a specific launch date, the Series X could still land in stores on Thanksgiving, which falls within the "holiday 2020" time-frame. That date would also align with previous releases; The Xbox One X launched on Nov 7 while the Xbox One and Xbox 360 were released on Nov 22. Thanksgiving falls on Nov 26 this year, so those dates aren't far off.

We wouldn't be surprised if the Xbox Series X launches on or around Thanksgiving this year. If we're right, then mark your calendars for 8 months and 8 days from today.