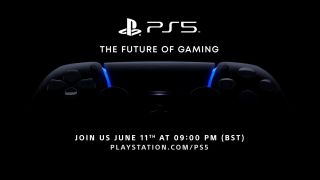 Sony postponed last week's "The Future of Gaming" PS5 event originally scheduled for June 4 in order to "stand back and allow more important voices to be heard," referring to Black Lives Matter protests against police brutality.

The company has now confirmed that the event will be held on June 11 starting at 1pm Pacific, or 4pm Eastern.

This will be exactly one week after the original event was planned, and while it was unquestionably the right move for Sony to delay, the company surely wants to get the marketing and hype for the PS5 rolling as we head into the summer. That said, it's not surprising that the company has already rescheduled the event.

We know the primary focus of this event will be PS5 games, but we hope Sony finally gives users a glimpse at the console itself. We saw the first PS5 game go up for pre-order last week, so the anticipation for these next-gen consoles is building fast.

Sony has a number of other events planned for this summer, so it's not going to give away everything this early, but given Microsoft's advantage had thus with its successful Xbox Series X marketing, it would make sense for Sony to go big with its first real consumer-facing PS5 event.