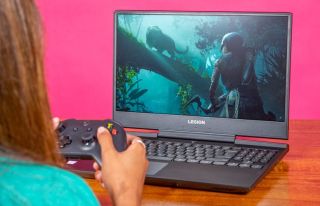 The annual Game Developers Conference (GDC) was postponed from this week until later this summer. But it's not all bad news: many of the indie games that were set to demo during GDC are now part of the ongoing Steam Game Festival: Spring Edition (via PCGamesN).

Simultaneously the Epic Game Store (via SlashGear) has refreshed its weekly free games promotion with The Stanley Parable and Watch Dogs, while GOG's spring sale gathers some of its most popular free games together in a Stay at Home collection (via SlashGear). Most of the free titles are older, but there are plenty of deals to be had on more recent titles, including a number of our best PC games.

The most interesting of these giveaway events is the Steam Game Festival, which was first held in December and featured 14 free game demos. This time around, there are over 40 titles to download and play through March 23rd at 1 pm EDT.

Geoff Keighly, producer and host of The Game Awards, announced the event on Twitter and confirmed that they will be hosting additional festivals throughout the year, and are endeavoring to make the demos available on additional platforms.

Surprise! @thegamefestival returns tomorrow to @Steam with 40+ new games you can play at home, which were originally set for GDC. This is the Spring edition of @thegamefestival pic.twitter.com/lD7LE509GeMarch 17, 2020

You can head over to the dedicated Steam page for the event to watch some of the developers play live and, of course, download and play the games yourself.