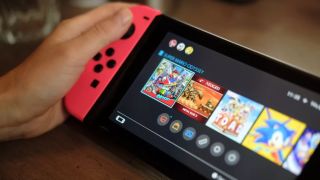 Update on April 21: According to reports from the supply chain Nintendo has ramped up production to approximately 22 million units this year, which would be a 10% bump from last year and should hopefully keep enough Switch consoles on the shelves going forward.

The Nintendo Switch has been difficult to come by over the last month as individuals in quarantine sought out new ways to entertain themselves. Unfortunately, Nintendo was unable to keep up with demand. Now the shortage is perhaps at its end, according to a tweet from the official Nintendo account and comments from a Nintendo U.S. representative (via Gizmodo).

The shortage was probably exacerbated by the release of Animal Crossing: New Horizons; The latest installment in the Animal Crossing has proven wildly successful and driven more interest to the 3-year-old platform.

While updates from both sources lack a specific date, the official Nintendo Twitter account indicated that beginning the week of April 13, we would see new Switch consoles arrive. The Nintendo US representative was even less specific, merely offering that "more systems are on the way."

So if you haven't already broken down and picked up the more readily available Switch Lite, you shouldn't have much longer to wait before you can order a Switch again and set yourself up with an island of your own in Animal Crossing: New Horizons.

According to a report from Nikkei Asian Review based on a trusted supply chain source, Nintendo should have the supply issue under control for the rest of the year with an increase in production of approximately 10% over the 20 million units that were made last year.