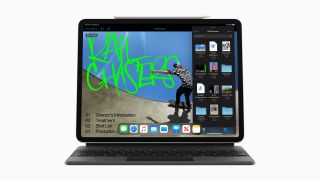 We've got good news for iPad owners. Apple has released iPadOS 13.4 (via Engadget), which will bring support for a mouse or trackpad to older iPads as well as the new iPad Pro.

While the new Magic Keyboard for iPad Pros looks amazing, you don't need it to make use of this update as any USB or Bluetooth mouse or touchpad will work just fine.

If you don't have your iPad set to receive updates automatically then you can go to Settings and select General. From there, tap on Software Update and choose Download and Install. You will need to be plugged into power and connected to Wi-Fi in order to complete the update process.

While the mouse and trackpad support is probably going to garner the most attention, there is more to the update.

iCloud Drive folder sharing has finally arrived in iOS 13.4, which allows you to share a folder with another user on a collaborative basis so they can see and access the files as they change. This will allow iCloud Drive to serve as a Dropbox replacement for at least some users.

While news that universal purchases in the App Store now include macOS apps is exciting for Apple laptop and desktop owners, iPad owners can also reap the rewards of this new functionality when developers implement it.

There are also numerous minor features and bug fixes included in the update as well; The Mail app received a helpful UI update with persistent controls for deleting, moving, replying to, and composing a message.

Additionally, the Photos app on iPadOS adds quick navigation to allow you to switch between Tabs, Search, and Create Albums. And, last but not least, for you Memoji fans, there are nine new Memoji stickers available with iPadOS 13.4.