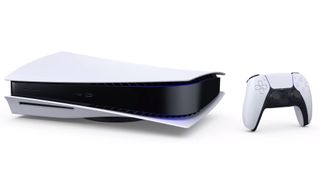 You can forget about the leaks, Sony isn't going to launch PS5 pre-orders without giving you plenty of notice beforehand.

When asked about the inaccurate rumors, Lempel said, “No, definitely not now. We don’t know what happened there. We had nothing to do with it. I got a message from someone saying people were lining up at stores and we had no idea why.”

He went on to reassure that "it's safe to say" Sony will tell prospective buys "when pre-orders will happen. It's not going to happen with a minute's notice. We're going to, at some point, let you know when you can pre-order a PlayStation 5, so please don't feel like you have to go run and line up anywhere until you receive official notice on how that will work."

So, when will the pre-orders go live? Unfortunately, Lempel didn't specify, stating only that it won't be a guessing game when the time comes around. Based on what we know, it shouldn't be much longer. The PS5 is set to launch in "Holiday 2020," which usually means late October or early November. Pre-orders will naturally begin before then, so we suspect within the next 3 months.

Various online retailers already have product pages for the PS5, which further suggests that pre-orders could be weeks, not months, away. We'll continue to bring you rumors and leaks if they seem legitimate, but just remember, we'll only really know when we can buy a PS5 when Sony confirms it.

Do I need to pre-order the PS5?

The good news is that you might not need to pre-order the PS5 to get one on launch day. Sony has reportedly ramped up the production of the console.  The company will reportedly order at least 50% more PS5 consoles than originally planned, according to Bloomberg Japan and Nikkei. Instead of producing about six million consoles, Sony will make either nine or 10 million this year.

The PS4 sold 4.2 million units one month after its November 2013 launch, so there should be plenty of PS5 systems to go around. Of course, if you want to get your hands on the PS5 before anyone else, you should pre-order it just in case. Just don't be surprised if you're limited to buying one, as a Reddit user found backend code on PlayStation Direct that says you'll only be able to "purchase one version of the PS5 Console: Disc or Digital."

You might find out how much you'll need to save for one at Sony's rumored State of Play, which will supposedly happen next month. Until then, gamers should tune into Microsoft's Xbox Series X games event, which will take place on Thursday at 9am PT.