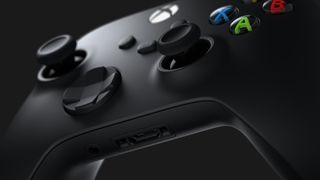 Microsoft will reportedly be holding its Xbox Series X 20/20 games showcase on July 23.

This information was allegedly confirmed by VGC's sources as well as journalist Jeff Grubb. Here's what we know about the Xbox Series X 20/20 games showcase so far.

While the exact date of the Xbox Series X 20/20 games showcase is still unconfirmed, we do know that we'll be getting the first-ever Halo Infinite gameplay trailer. And according to VGC sources, the new Xbox studio The Initiative will unveil its first game at the event.

It's been rumored that The Initiative could be working on a new Perfect Dark game, which could be very interesting, depending on how the team is developing it. All we officially know is The Initiative intends to create "ambitious and innovative game experiences." I'm sure we'll see very soon if that comes to pass.

We're also hoping to get some Fable news out of the event, considering that both Perfect Dark and Fable Twitter handles were secured as "placeholders" for Microsoft. Something is clearly brewing, and hopefully, Microsoft can deliver.

Stay tuned for when Microsoft drops its Xbox Series X 20/20 games showcase sometime in the next few weeks.