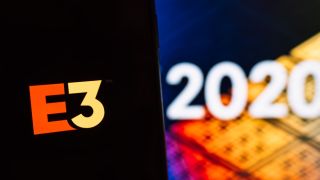 E3 2020 just got officially cancelled over fears of the coronavirus. This is especially sad since Xbox head Phil Spencer was recently talking up a deep portfolio of Xbox Series X games set to debut at the event.

"After careful consultation with our member companies regarding the health and safety of everyone in our industry—our fans, our employees, our exhibitors and our longtime E3 partners—we have made the difficult decision to cancel E3 2020, scheduled for June 9-11 in Los Angeles," the Entertainment Software Association (ESA) said in statement.

Spencer took to Twitter to comment on the cancellation and confirmed that there would be an Xbox digital event in lieu of its E3 2020 event. Spencer said there would be more details to come.

E3 has always been an important moment for Team Xbox. Given this decision, this year we'll celebrate the next generation of gaming with the @Xbox community and all who love to play via an Xbox digital event. Details on timing and more in the coming weeks https://t.co/xckMKBPf9hMarch 11, 2020

One badass indie game publisher, Devolver Digital, told people on Twitter to cancel their flights and hotels to E3 before the statement even went through, implying the conference would be cancelled very soon.

Before these reports came to light, the ESA stated that E3 2020 would go on as planned and additional safety measures would be taken into account. However, the ESA also said it would monitor the situation and listen to the CDC.

But that may be the ESA's tactic as well. The ESA said that it is going "to coordinate an online experience to showcase industry announcements and news in June 2020." We're excited to see what an all-online E3 2020 would look like, especially for all of the developers who want to show off their games, and journalists who want to play said games and write about them (aka me).

However, you won't have to wait for E3 2020 to get more out of the Xbox Series X, as Microsoft will be hosting a stream next week to talk a little more about the new console and Project xCloud.