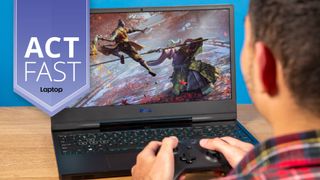 Best Buy is ending the month with a killer 24-hour flash sale that takes up to $400 off some excellent mainstream laptops.

As part of the sale, you can get the HP Envy x360 2-in-1 Touch Laptop for just $579.99. That's $200 off and the lowest price we've ever seen for this convertible laptop. It's also $88 cheaper than Amazon's current price and one of the best laptop deals we've seen this month.

The HP Envy x360 is one of the best 2-in-1 laptops around. In our HP Envy x360 review, we were impressed by its stylish design and solid sound. While we thought the screen could be brighter, we found the HP Envy x360 2-in-1 is a solid, affordable machine that looks great anywhere. We gave it an overall rating of 3 out of 5 stars for design and performance.