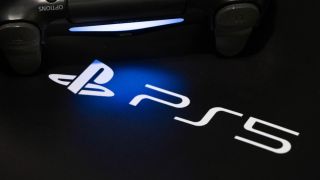 The PS5 is not a laptop, so why are we talking about it? Well, it might just be a cheaper alternative to one of the best gaming laptops you can buy now, even one toting an Nvidia GeForce RTX 2080 GPU. The PS5 might be one of the most powerful consoles out there, possibly as strong as a laptop.

Here's what we know so far about the PS5, and why you might want to get it over the best laptops.

In an interview with Wired, Sony Interactive Entertainment CEO Jim Ryan confirmed that the PS5 is scheduled to launch in Holiday 2020, presumably alongside Xbox Series X.

With that, Sony may also release a PS5 Pro at the same time the PS5 comes out. Considering how much power Sony seems to be bragging about, we're curious to see how much stronger the Pro model actually will be. This comes from Japanese journalist Zenji Nishikawa, as spotted by Wccftech, who said on a livestream that both consoles will launch in Holiday 2020. Nishikawa has a track record of being right, especially with the Nintendo Switch Lite and PS4 Pro.

Another popular leaker, PSErebus, revealed that the PS5 would be available in North America on November 20, 2020. To PSErebus' credit, they did correctly predict the release date for The Last of Us Part II, so there may be some credibility to their prediction. However, you should still remain skeptical.

Sony went into a 'deep dive' in which PS5 lead system architect Mark Cerny will divulge more information about the next-gen console's architecture. You can watch the live stream from the PlayStation Blog website.

Recently, Sony officially confirmed that the PS5, as well as its first-party PS5 games, won't be delayed by COVID-19. Sony revealed this via its earnings report for the fiscal year, which ended on March 31.

Sony's Mark Cerny detailed the specs of the PS5 in an interview with Wired, and it seems that the PS5's CPU and GPU will be based on AMD's third-generation, eight-core Ryzen processor and AMD's Radeon Navi line, respectively. The biggest reveal was that the PS5 will be able to bring ray tracing to consoles, which is the same technology found in Nvidia's RTX GPUs.

Hardware leaker Komachi Ensaka said, via a translated tweet, that the PS5's GPU will perform close to the RTX 2080 GPU. It's unclear whether this means it'll be closer to the mobile GPU or desktop GPU, but regardless, the machine will be powerful.

What I'm most excited about is that the PS5 will finally get an SSD. To show how much faster games will run on an SSD, Cerny played a part of Marvel's Spider-Man that typically takes 15 seconds to load, and loaded it in under a second. Sony also said later that the PS5 will deliver "dramatically increased graphics rendering speeds, achieved through the employment of further improved computational power and a customized ultra-fast, broadband SSD." According to leaker PSErebus, the PS5 will come with a 2TB SSD.

Additionally, the PS5's CPU will enable 3D audio, which will allow for more immersive experiences. And according to PlayStation CEO Jim Ryan in an interview with CNET, the PS5 will support resolutions of up 4K at 120Hz, along with 8K at 60Hz.

Recently, Cerny confirmed that the PS5's GPU has 10.3 Teraflops and the PS5's CPU is clocked at 3.5GHz -- both are weaker than the Xbox Series X. The PS5 also sports 16GB GDDR6 RAM.

The PS5 has a 825GB SSD, which is less than the Xbox Series X's 1TB SSD. Apparently, there will be storage upgrade options available. The SSD will have a transfer rate of 5.5GBps, which is insanely fast. The SSD targets 5GB/s of bandwidth, being able to load 2GB in 0.27 seconds. This'll allow for fast boots, no load screens and no long patch installs.

Ray tracing will be optionable for developers to use on their games, but if it's enabled, you'll experience ray tracing in audio, global illumination, shadows and reflections.

Cerny spoke about 3D audio. He used Dead Space as an example and said that even if you're using a TV, you'll be able to tell where enemies are located around you. PlayStation is using virtual surround sound to make this possible. Oh, and Cerny also talked about how users could send photos of their ears in order to map the 3D audio better.

If the PS5 is really packing a GPU that's comparable to an RTX 2080, that means it can go toe to toe with laptops like the Alienware Area-51m, the Asus ROG Mothership and the MSI GT76 Titan.

So, I don't see the PS5 pushing 120 fps at 4K on the highest settings. Sony's going to have dial back those settings hard if it wants to see those high frame rates. To top it off, Rise of the Tomb Raider is a last-gen game. The PS5 might be pushing the same performance, but the graphics in its games will likely be dialed down and still be non-customizable.

However, at a fraction of the price, the PS5 is the better deal. If you want ray-tracing, smooth graphics and to not have to worry about optimizing the settings yourself, then the PS5 is probably the one to go with.

Regarding price, Twinfinite reported that Ace Research Institute analyst Hideki Yasuda has predicted that the PS5 will cost $499, which makes it about an eighth of the price of a souped-up gaming laptop. In the aforementioned leak by PSErebus, they stated that the PS5 had a "recommended" sale price of $499 with a 2TB SSD no less.

Recently, a Bloomberg source claimed that the PS5 costs $450 to make, which means the previously mentioned sale price may in fact be accurate, at around $499. However, we still don't know what the official price will be.

You'll not only get most of the same PS5 games you'll get on PC, but you'll also benefit by getting PlayStation exclusives, which, in this journalist's humble opinion, is much better than the exclusives you'll see on PC (fight me).

Epic Games just recently unveiled Unreal Engine 5 and showed off the first next-gen-looking gameplay for the PS5. It looked spectacular. You can watch it here:

Although there aren't any confirmed exclusives for PS5, think about the sequels we're going to get to badass games like God of War, Horizon: Zero Dawn and Spider-Man. Top that off with upcoming games like The Last of Us: Part II and Ghosts of Tsushima, which are more than likely to get PS5 ports, considering that the former is scheduled to release close to the PS5's launch and that the latter still doesn't have a release date.

There are a few confirmed games, however, as our friends at GamesRadar discovered in a conference call with Ubisoft. The company said that Watch Dogs Legion, Gods and Monsters and Rainbow Six Quarantine will be optimized for both the PS5 and Xbox Series X.

Bethesda confirmed that its upcoming Starfield game is slated for next-gen consoles, and the action-RPG game Godfall will also come to PS5 this year from Counterplay Games.

Bluepoint Games (Shadow of the Colossus) also confirmed that it's "working on a big one" in regards to its upcoming PS5 game. Many people suspect that it's going to be either a remake of Demon Souls or even Metal Gear Solid, but nothing has been confirmed yet.

In another tweet by PSErebus, it was revealed that the PS5 would be launching with Gran Turismo 7 on November 20, 2020. I know racer boy Adam Ismail would be more than happy if that came to be true.

Sony also announced that the PS5 will have exclusive games at launch that won't be playable on the PS4, unlike the Xbox Series X, which will have games playable on both.

The PS5 is going to feature native backwards compatibility. However, Cerny said that "almost all" of the top 100 PS4 games are going to be backwards compatible with the PS5 at launch, which means that not all games will be ready to play. And it's unclear whether or not the previous generations will be playable as well.

In a blog post, PlayStation sent out an update about backwards compatibility, stating that "We believe that the overwhelming majority of the 4,000+ PS4 titles will be playable on PS5."

The post continued: "We’re expecting backward compatible titles will run at a boosted frequency on PS5 so that they can benefit from higher or more stable frame rates and potentially higher resolutions. We’re currently evaluating games on a title-by-title basis to spot any issues that need adjustment from the original software developers."

In addition, Sony confirmed that the PS5 will play PS4 games and support the current PlayStation VR.

Even if the PS5 has performance on par with a gaming laptop, how does its VR hardware stack up?

However, just making the headset wireless would put the PSVR 2 at an incredible advantage.

At the end of the day, how much space is the PS5 going to take up compared to a laptop? Is it going to be as thick as as all hell, the MSI GT75 Titan, or is it going to be a super-slim marvel, like the Razer Blade 15. Well, according to a Sony patent, the PS5 might actually be the former.

The image reveals the PS5's big-boy chassis with a V-shaped design comboed with thick fans and a flurry of USB Type-A ports. Apparently, Gizmodo was sent images of the PS5 dev kit, which looks identical to the aforementioned patent image. So, hopefully the final version of the PS5 won't be as thick as it is portrayed in this image. You really think I got room for that, Sony?

Sony gave Wired an exclusive look at the DualSense, and it is apparently similar to the DualShock 4. The controller showed how the controller feels different whether you're driving on dirt or cement in a racing game, and how the triggers will adapt to allow you to feel the difference in tension between firing a bow and arrow or driving off-road.

PlayStation recently gave us a full reveal of the PS5 DualSense controller. The PS5 DualSense has made a bold choice with its design, specifically the default colorway that Sony unveiled. The controller is predominantly white with black accents and the familiar blue lighting now emanates from around the central touchpad rather than on top like the light bar of the DualShock 4.

Despite Sony offering a relatively thorough look at the PS5 DualSense controller, it did not address specifics regarding compatibility with either the PS4 or, more importantly, with PCs.

The PS5 DualSense went the expected route by using an internal battery that will recharge via USB-C. There are no details yet on the size of the battery, but hopefully, the reduction in the size of the light bar will give the PS5 DualSense a slight bump from the often less-than-stellar DualShock 4 battery life. Thankfully, the controller should charge considerably faster over USB-C.