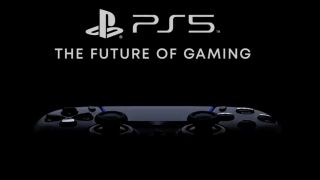 "What's the price of the PS5?" you ask. Well, unless you're a well-to-do gamer, your wallet will shake its fists at you and your bank account will be writhing in pain. According to Sony PlayStation CEO Jim Ryan, the PS5 price tag may not be pretty, our sister site Tom's Guide reported.

Rumor has it that the PS5 will cost $499, and in an interview with GamesIndustry.biz, Ryan may have confirmed that the next-gen console won't easy on the pockets. It will likely be more expensive than the PS4 launch price, which was priced at $399 when it released in November of 2013.

Although Ryan acknowledged that many people are not on solid financial ground due to the COVID-19, he expects that PS5 will still do well, even with a higher price tag, because business models have shown that consumers are willing to invest in entertainment during tumultuous times.

"Recent history has told us that gaming is one of the pastimes, and one of the businesses, that benefits in economically difficult times," Ryan told GamesIndustry.biz. "I think the best way that we can address this is by providing the best possible value proposition that we can. I don't necessarily mean lowest price. Value is a combination of many things."

Ryan went on to explain that PS5 can offer value, in part, by offering a quality gaming catalog.

Last of Us Part II and Ghost of Tsushima: Slightly delayed

Speaking of games, when asked about PS5 delays, Ryan explained that the next-gen console will launch as scheduled, but he admitted that the release dates of some highly anticipated games, such as Last of Us Part II, faced some negligible delays due PlayStation's cautiousness during capricious, volatile times.

"We are going to get The Last of Us Part II out at the end of next month, and we're going to get Ghost of Tsushima out the month after that. And both with only small delays," said. "It was like the world was heading into this big black hole, and we didn't know whether the internet would be working, we didn't know whether warehouses would be able to operate. So we took the cautious approach."

With the aforementioned games and some other titles being "human intensive and capital intensive to produce," as Ryan puts it, development budgets will increase to explore the maximum graphical capabilities of PS5. That being said, consumers will not only shell out more money for next-gen hardware, but also for an avant garde gaming experience as titles attempt to reach the pinnacle of gaming nirvana.

Ryan revealed that PS5's greatest challenge for Sony is marketing. With big-name gaming expositions such as GDC, PAX, E3 and Gamecom all affected by COVID-19, PlayStation must find different avenues to communicate to the world why the next-gen console is worth purchasing.

"That's the challenge I've set the teams: try to get that community, the 100 million people -- and all of the people who don't have a PlayStation we'd like to talk to -- just as excited as if they were in the E3 auditorium, or if they were watching the stream," Ryan said.

PlayStation is eager to show off PS5's capabilities, including the console's 3D audio, the futuristic DualSense controller and the multifaceted usage of the SSD.

As we've reported last week, PlayStation is poised to launch a "Future of Gaming" event on June 4, starting at 1PM PDT/4 PM EDT.

As PlayStation has been such a tease by throwing out scraps of information about the next-gen console, inciting fans to become more ravenous for PS5 scoops, we don't believe that PS5 will have any issues with marketing thus far. "The Future of Gaming" will be the talk of the town.