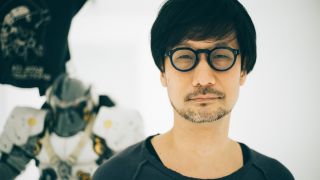 In a recent interview with Livedoor News, Hideo Kojima revealed that a big project he was working on was recently scrapped and that Death Stranding was profitable enough for Kojima Productions to move on with its next project.

—How did Death Stranding perform sales-wise?

Kojima: “We surpassed the amount we needed to make a profit, so I think it sold well enough to be called a ‘success,’ recoupment of development costs included. We’ll release the PC version soon and have already secured enough profit to prepare for what’s next, so there’s no need to worry.”

—To prepare for what’s next…?

Kojima: “I can’t say anything since it’s still in the planning stages, but we’re doing various work behind the scenes. Just recently, a big project fell apart, so I’m a bit upset about that (laughs). Well, that sort of thing happens often in this industry.”

—Do you know anything about recent rumors to acquire the copyrights to Metal Gear Solid and P.T.?

Kojima: “Ah, that’s completely false. I haven’t heard anything about it at least (laughs).”

While we doubted that the Metal Gear Solid or PT rights got acquired by Kojima Productions, it's a bit disappointing to hear the rumors officially shut down by the man himself.

However, Kojima Productions remains profitable, and thanks to Death Stranding PC arriving soon, the additional profits will fuel whatever madness Kojima comes up with next.

It's entirely possible we'll get a Death Stranding 2, but we wouldn't mind if Kojima Productions explored different avenues as well.

Playstation Death Stranding
very.co.uk
£49.99
View
Show More Deals
We check over 130 million products every day for the best prices
Be In the Know