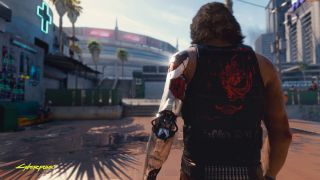 While the most recent development update we received for Cyberpunk 2077 was its delay from September 17 to November 19, we're getting some new gameplay in exchange on June 25 at 12pm ET.

CD Projekt Red is delivering its first 25-minute episode of what they dubbed as Night City Wire. Here's where and how to watch it.

On June 25 at 12pm ET, you can jump on CD Projekt Red's Twitch channel to catch the stream. Or you can watch the stream via the Summer Game Fest presentation on YouTube, which is linked above.

The first episode of Night City Wire will present a brand new trailer, fresh gameplay footage and a deep dive with CD Projekt Red about one of the game's features called braindance.

This is a 25-minute-long episode, so it seems like CD Projekt Red is confident with where it's at with the game, despite months of delays.

Stay tuned tomorrow to find out more information about Cyberpunk 2077 and what the hell "braindance" is.