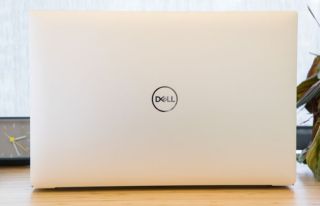 The XPS 13 and XPS 15 are among the best laptops in their respective categories, but what about the XPS 17? That (once 3D-enabled) member of the family went missing years ago, but now it appears the 17-inch laptop could be making a return based on leaked benchmarks.

Dell hasn't said anything official yet, but these benchmarks along with a leaked product roadmap are good signs for anyone who likes the XPS lineup but wants a larger display.

Other specs listed in the benchmark include a 3840 x 2400-pixel display, UHD graphics, 32GB of DDR4 RAM (2x16GB) and a 1TB PCIe NVMe SSD. That display checks out; Dell recently starting using a unique 16:10 aspect ratio on its XPS notebooks.

If the benchmark holds true, this XPS 17 would likely be a higher-end version. We suspect there'd also be the option for a 1080p display and possibly a Core i5 CPU.

Now is a great time to re-enter the 17-inch market, and Dell only has itself to thank. In 2015, Dell released the XPS 13, the first laptop ever with an edge-to-edge display. Our first reaction was to gawk at the captivating display, but we've learned over the years that thin display bezels are also crucial in reducing a laptop's footprint.

Today, 15-inch laptops are about the size of 14-inch models from a few years ago, and 13-inch models will now fit in the tablet slot of your backpack.

If Dell goes forward with the XPS 17, expect it to have a similar aesthetic to the current XPS 13 but with the footprint of an older 15-inch laptop. Made of aluminum and carbon fiber, XPS laptops tend to weigh more than others in the same class. I wouldn't expect LG Gram 17 lightweight (2.95 pounds), but I'd be happy if Dell found a way to keep the XPS 17 under 5 pounds.