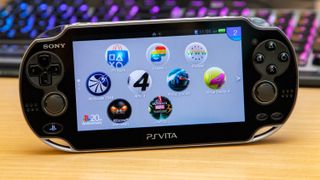 The PS5 is inching closer to release each time we write about it, but now a fascinating 2017 Goldman Sachs prediction has resurfaced due to the accuracy of the firm's previous PS5 reports.

At first, the prediction, which was recently tweeted about by Bloomberg journalist Takashi Mochizuki, wasn't given much credence at the time.

Will we get a PS5 Portable?

There are two reasons why a PS5 Portable device could be possible. First, the PlayStation has done it before, with one monetary success and one monetary failure (sorry, PS Vita).

Secondly, both the Nintendo Switch and Nintendo Switch Lite have revitalized the hand-held gaming market, and PlayStation might want to seize the opportunity. Additionally, it might be the only way they'll be able to compete with Xbox, as Microsoft is turning to Project xCloud for its mobile gaming component.

While PlayStation might survive not being as mobile as its competitors, the company probably wants to offer similar services, whether it be through the cloud or physical hardware, like a PS5 Portable.

If this does come to pass, what will a PS5 Portable look like? Will it be reminiscent of the PS Vita and PSP? Or will to look closer to the Nintendo Switch or Switch Lite? Or will it be a device specifically designed to play AAA games in the cloud? Anything is possible at this point.