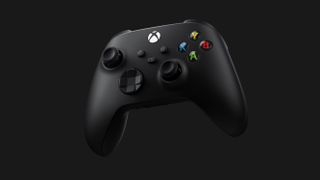 Although Covid-19 is causing increasing concern, Microsoft just released some optimism-inducing news that sheds some light during dark times.  The Redmond-based tech giant just delved deep into the Xbox Series X's specs, including its new controller.

In a blog published today, fans got to sink their teeth into more juicy information on the nascent controller. And if it lives up to expectation, we can't wait to wrap our fingers around it.

At first glance, the new Xbox Series X controller doesn't scream "I'm totally different from the last-gen gamepad!" But upon closer inspection and by unpacking Xbox's blog post, there are some significant changes.

The Xbox Series X controller is smaller than last generation's iteration with some tapering at the top to make it a more comfortable fit for a wider range of hand sizes -- from big, burly hands to tiny childlike fingers.

"By accommodating hands similar to those of an average 8-year-old, we found we could improve accessibility and comfort for hundreds of millions more people without negatively affecting the experience for those with larger hands," said Ryan Whitaker, Senior Designer at Xbox.

Whitaker explained that the Xbox design team accomplished this by rounding the bumpers, reducing and rounding areas around the triggers, and diligently sculpting the grips. Tactile dot patterns were added to the triggers and bumpers to improve grip, feel and performance during gameplay.

The design of the D-pad was also changed. The D-pad is deeper, which gives one's thumb with a nice little "home" to rest in. The angles are "finely tuned," according to Whitaker, which provides gamers with more leverage while using little movement. The facetted dish of the D-pad reportedly boosts performance for hitting precise diagonals or sweep actions.

Whitaker noted that the D-pads on their Elite controllers can swapped for one's preferred design for best directional control.

Between the view and menu buttons, Xbox masterminds added a share button to the next-gen controller to make it easier for gamers to grab screenshots and record videos of social media-worthy moments.

"Adding a Share button is the best way to make capturing and sharing instantaneous. It’s easy to just grab a screenshot or record a video without needing on-screen menus," Whitaker added. Aside from social media, you can also share your screen grabs with friends directly without causing too much intrusion during your gaming experience.

Microsoft modernized the new Xbox Series X controller by adding a USB-C port on the rear. The gamepad will also adopt Bluetooth Low Energy (BTLE) to pair and connect with PC, iOS and Android devices.

The next-gen controller will have improved Dynamic Latency Input to reduce latency, which means that information emanating from the gamepad will be sent more frequently and match with your game's on-screen frames. "The result: we will shave off precious miliseconds at every step of gameplay, and actions are even more instantaneous," the blog post wrote.

There will also be cross-compatibility between Xbox One and Xbox Series X consoles and controllers.

The latest Xbox controller will accompany Xbox Series X when it hits store shelves later this year; the gamepad will also be available as a standalone purchase. An official release date and pricing are not yet confirmed, but of course, we'll keep you updated when those juicy details are revealed.