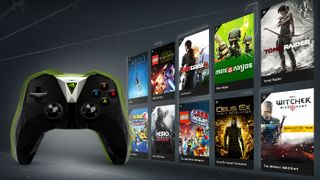 GeForce Now's growing library currently has over 2,000 games and Nvidia's wants to keep the momentum going. The company announced Wednesday that a new opt-in policy for game developers and publishers will prevent it from losing games.

Since its launch, GeForce Now licensing issues with Activision/Blizzard and Bethesda led to the removal of a number of games. To prevent any future mishaps, GeForce Now's opt-in policy aims to secure its library and restore user faith.

Nvidia says that more than 200 game publishers are already on board and some are pending. Those who don't opt-in by May 31 will have their games removed from its platform.

"Going forward, only the games that are opted in will be available on the service, providing confidence in the GeForce Now game library," Nvidia said in a blog post.

As we previously reported, "The Long Dark" game developer, Raphal van Lierop slammed Nvidia for not asking permission to add the game to its library.