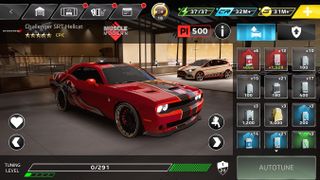 Forza Motorsport developers Turn 10 Studios launched Forza Street, a free-to-play racing game, last year on Windows 10, and now it's available for iOS and Android, so you can play it on your Chromebook or iPad.

This is basically a full Forza game, from the racing to the full customization of cars. Of course, it's not on the scale of a Forza Horizon game, but still, it'll be a good itch to scratch for Forza fans on the go.

What you need to know about Forza Street

If you're a fan of mobile racing games and collecting a bunch of unique cars to no end, then we imagine Forza Street is the game for you. Keep in mind, there are microtransactions in this game, so if you're not into that, you might want to steer clear (pun intended).

Microsoft is currently offering a deal for those who play Forza Street between now and June 5. If you join, you'll unlock a unique Ford GT. If you play on a Samsung tablet or any Samsung device and download it from the Galaxy Store, you can get a 2015 Ford Mustang GT lathered in a Galaxy-themed paint. And if you download it using a Galaxy S20, you'll get a 2015 Chevrolet Corvette Z06.

Forza Street links to your Xbox Live account, so you can earn achievements or even sync the achievements you've already earned on the Windows 10 version.