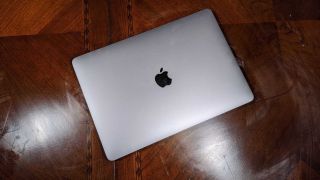 Apple kicked off a new MacBook era when it revealed plans to shift from Intel CPUs to custom, ARM-based chips. The transition to the so-called Apple Silicon will take two years, at which point the current lineup of laptops will be transformed with new features, better iOS and iPadOS integration, and potential improvements to performance and battery life.

The new processors could also shakeup Apple's current lineup of laptops, and signal the end of the MacBook Air and MacBook Pro. In a report alleging Apple's hardware plans, J Glenn Kunzler at Sonny Dickson says the MacBook Air will become redundant when Apple brings custom CPUs to its laptops.

Kunzler argues that the MacBook Air is already too similar to the MacBook Pro, the two being largely separated by the different Intel CPUs they use. Equip them with the same Apple CPU and the two notebooks will compete for the same audience.

Sonny Dickson claims to have heard from unnamed sources that Apple will offer a single line of laptops called The New MacBook or just MacBook. It will supposedly combine the portability of the MacBook Air with the features of the MacBook Pro. The laptop will use Apple Silicon, which, if all goes well, should deliver similar or better performance than the current MacBook Pro with 10th Gen Intel Core CPUs.

It's certainly possible that the upcoming ARM-based CPU will enable Apple to shrink the size of its laptops without compromising speed or endurance. After all, the A-series chips in the iPad Pro already outperform most mainstream laptops and fit inside a fanless, ultra-thin aluminum device with limited ventilation.

Instead of selling multiple MacBook models, each with their own pros and cons, Apple could take the best qualities of its current models to make the ultimate MacBook. If Apple Silicon delivers on its promise, the next MacBook could have the slim, miniature footprint of the now-discontinued 12-inch MacBook, a 13-inch Retina display like the one on the MacBook Air, and the performance and endurance of the MacBook Pro.

What about the MacBook Pro?

This would further streamline Apple's offerings after the company did away with the 12-inch MacBook and stopped selling two versions of the MacBook Air. Before you get too excited about a refreshed 13-inch MacBook, Apple hasn't officially revealed any details about its upcoming laptops.

Sonny Dickson says it considers "what we have been told to be both credible and highly believable for the most part" but cautions against taking it as fact. For what it's worth, Sonny Dickson is ranked 10th with a solid 73.3% accuracy on Apple Track, a website that ranks the reliability of popular Apple leakers. We haven't independently verified the credibility of Apple Track, so take those numbers with a grain of salt.