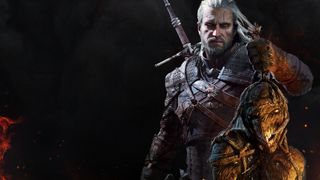 The Witcher 3: Wild Hunt is arguably the best action-RPG ever, and to celebrate the success of the magical, monster-slaying game, CD Projekt Red is giving away free PC copies to PS4 and Xbox gamers, according to a GOG announcement.

The offer applies to owners of physical and digital copies of Witcher 3. So technically, according to Eurogamer, you could borrow a friend's Witcher 3 disc and snag the complimentary PC game for yourself.

Who is eligible to get a free Witcher 3 PC copy?

As aforementioned, owners of PS4 and Xbox Witcher 3 copies can receive this special freebie. PC gamers can join in on the fun, too, if they purchased their copy from Steam, the Epic Games Store or Origin. If you own a Nintendo Switch version of the game, you'll have to sit this one out, unfortunately.

"Since there is no Nintendo Switch integration, owners of the Switch edition of The Witcher 3: Wild Hunt - Complete Edition won't be eligible to benefit from this action," GOG said. This may be disappointing to some because, back in February, the Witcher 3 Nintendo Switch port was updated to support cross-save with PC.

If you own Witcher 3 in your GOG library, you can receive a giftable code of the game.

It's also worth noting that if you have the Game of the Year Edition, you will receive the same version as your freebie. If you own Witcher 3: Wild Hunt, even if you've purchased expansions and DLC, you will only receive the base game. If you own the Witcher 3 across multiple platforms, good for you, but GOG will still only gift you one free PC copy.

How can I get the free Witcher 3 PC copy?

To get a free PC copy, you'll have to use the GOG Galaxy client, an app that allows gamers to manage their PC and console games in one library, to connect to the platform that houses your The Witcher 3 game. Make sure the app is up to date with the 2.0 version.

"The game will show up in your games library inside the application. GOG GALAXY 2.0 will also import the game progress you’ve already made in The Witcher 3, like achievements and game time," GOG said.

This special offer will only be available until June 23, so don't miss out.