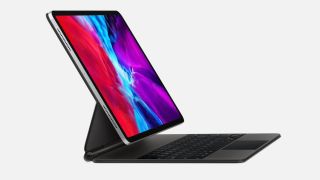 Apple released a new iPad Pro earlier this week, ending long-running rumors about the premium tablet. But the Apple rumor mill never stops grinding, and we're already hearing details about the next iPad Pro, which could launch later this year with 5G connectivity.

The new iPad Pro 2020 is an impressive update that adds a LiDAR sensor, an optional Magic Keyboard with touchpad and slightly faster processors. But for how feature-packed the iPad Pro is, you'd think the tablet would support 5G connectivity.

Unfortunately, the cellular models of the new iPad Pro still rely on LTE. That's fine for now, but those who spend $1,000 on a tablet expect a futureproof product.

If you're bummed by the iPad Pro's lack of 5G support, you might want to wait a few months. Apple is supposedly planning to launch new iPad Pro versions by the end of the year, according to a tweet posted by Jon Prosser.

If the rumor holds true, Apple will release another iPad Pro within the next 9 months with 5G support enabled by a new A14X SoC. The new iPad Pro has an A12Z SoC, which offers only a small performance improvement over the previous chip. With the A14X, the next iPad Pro would have enough processing power to handle the demanding tasks done over a 5G network.

Prosser says that apart from the SoC and 5G, the upcoming iPad Pro will be identical to the current model. As such, we expect the upcoming version to be sold alongside the just-released model rather than replace it.

The timing makes sense. Apple will bring 5G to the iPhone 12 later this year (probably in September) and the iPad Pro 5G could be announced at the same time or soon after.

We shouldn't let this rumor take too much away from the current model. The new iPad Pro is shaping up to be an impressive tablet thanks to its unique LiDAR sensor and new Magic Keyboard attachment. That said, if you want a truly futureproof tablet, then we recommend waiting until the end of this year for the iPad Pro 5G.