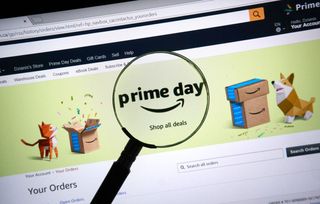 “This year we’ll be holding Prime Day later than usual, while ensuring the safety of our employees and supporting our customers and selling partners," an Amazon spokesperson said.

The announcement corroborates with recent reports that the event is pushed back to October. As for the exact date of Prime Day in the US, that remains a mystery. It's likely that Amazon Prime membership holders may have to wait a few months more for the best deals.

That said, Amazon is also making good on its vow to open more warehouses in the US. The company said in a news release Wednesday that it plans open its first El Paso, Texas-based fulfilment center next year.

“We’re excited to be growing our operations in West Texas and look forward to building out our network in El Paso,” Alicia Boler Davis, Amazon’s vice president of global customer fulfillment, said in a statement Wednesday.

The forthcoming state-of-the-art 625,000 square-foot warehouse is where Amazon employees will work with robotics to pick, pack, and ship smaller items like books, electronics, and toys.

Amazon’s new fulfilment center is expected to be up and running in 2021.