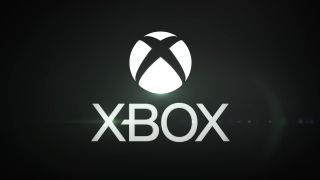 Today, Microsoft outlined its ongoing plans for showing off everything Xbox in a monthly series called "Xbox 20/20" along with a first look at the boot animation for the Xbox Series X (via BGR).

You have to give Microsoft credit for knowing how to keep fans on the edge of their seats with tidbits of new information on the Xbox Series X.

The Xbox 20/20 updates will happen every month, kicking off with the special episode of Inside Xbox on May 7. The debut will focus on gameplay and trailers for games from 3rd-party devs along with some presentations regarding the Xbox Series X.

Everything will be Xbox Series X Optimized, which means they will feature 4K resolution at up to 120 frames per second, DirectStorage to leverage the speed of the SSD, hardware-accelerated DirectX raytracing, and more.

July is when we will finally get a look at some of the in-house games being produced by Xbox Game Studios, including Halo Infinite, but there is no official date yet for the June or July Xbox 20/20 events.

As you would expect Microsoft is looking to get the Xbox 20/20 series and all of the Xbox Series X updates in front of as many gamers as possible so it will appear on the Xbox account of virtually every major platform.

If you are looking for the highest quality stream then YouTube will be the way to go as the only 4K option.

The first installment of Xbox 20/20 kicks off with the Inside Xbox event on May 7 at 8 a.m. Pacific Daylight Time (10 a.m. Central, 11 a.m. Eastern). Tune in to the site of your choice to catch the stream live and if you miss it don't worry, we'll cover all of the highlights.