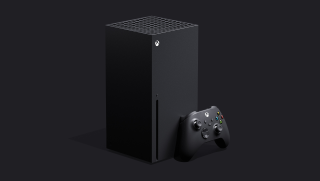 After the announcement of the Xbox Series X, there were multiple rumors suggesting that Microsoft would be developing a lower-priced alternative called the Xbox Series S. The primary belief was that it would be missing some features, like launching without a disc drive and capped at lower resolutions in an attempt to minimize cost.

Most of this has existed in the realm of speculation, even though websites like The Verge have reportedly had it confirmed to them by "sources familiar with Microsoft's plans."

However, a data miner has recently spotted multiple references to the console within Windows System32 library files. Most of the time it's merely seen by its codename "Lockhart," but there is one instance where it comes up as "Xbox-Lockhart." These names are also found in close proximity to "Xbox-Scorpio" and "Xbox-Anaconda." Scorpio is the code name for the more powerful Xbox One X console, and Anaconda is rumored to be the more expensive alternative to the Xbox Series X.

While we're unsure what this could be referring to, we now know that Microsoft indeed has been working on something codenamed Lockhart and Anaconda. More likely, this indicates that Microsoft has considered manufacturing both the consoles as alternatives for the Xbox Series X, and hopefully, both are entirely real. It's hard to predict when we'll hear more about Anaconda and Lockhart, but Microsoft's next event will be taking place sometime in July.