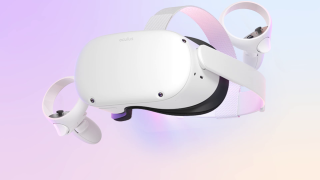 The Oculus Quest has become an easy and relatively affordable recommendation for people who want to try out VR,but don’t have a VR-ready laptop to power the Oculus Rift S or HTC Vive Cosmos.

With Facebook discontinuing the Oculus Go in no small part due to the massive success of the $399 Oculus Quest, the company has put all of its affordable VR eggs in the Quest basket and will likely look to keep its success rolling with a follow-up as soon as possible.

We are keeping our eyes peeled for even the slightest hint of information regarding the Quest 2 and will update you here with everything there is to know about it. We’re also going to take a look at what we would like to see from the Quest 2 to make it a worthy successor to the original and the new gold standard for those looking for their first foray into VR.

It has been just over a year since the release of the original Oculus Quest, but the Qualcomm Snapdragon-powered headset is likely going to be on a faster update schedule than its PC-powered counterparts so it can take advantage of the rapid developments in mobile processing.

Unsurprisingly, Facebook hasn’t announced anything official just yet, after all, the Oculus Quest remains exceedingly popular and the company isn’t looking to cannibalize its sales, but we do have some rumors swirling regarding the potential release date.

In May, a Bloomberg report indicated that the Oculus Quest 2 was in the advanced testing stage within Facebook’s Oculus division. While this doesn’t give us an exact timeframe for a launch, it does suggest that perhaps a late 2020 launch isn’t out of the question.

Another report from Nikkei Asian Review in mid-July offers additional support about Facebook getting the Oculus Quest 2 out this year, stating that a well-placed source told the site, “The new Facebook Oculus VR headset will enter mass production around the end of July.”

More recently, reliable leaker WalkingCat on Twitter offered up September 15 as the release date for the Quest 2 along with an image of the headset. The

This potentially lines up with Oculus Connect 7, which has already been confirmed as a digital-only event. The event has traditionally been held at the end of September or the beginning of October, but it's possible that with the move to virtual they can move the date up a bit and anywhere in this window would leave plenty of time to announce and make the Quest 2 available ahead of the holiday buying season.

As for the pricing, we again have nothing official, but we expect to see it match the $399 of the original Oculus Quest. That seems to be the magic price point for Oculus as we saw both the Rift S and Quest hone in on it. Barring a substantial design change, there is simply no reason to expect a significant price bump (or drop).

The aforementioned Bloomberg report addressed the design of the Oculus Quest 2, but only to say that the new prototypes are 10-15% smaller and lighter than the original Oculus Quest. If this is true, it would bring the headset down into the 17.6-ounce range of the Oculus Rift S. After getting the fit adjusted properly on that headset, our reviewer said, “I spent hours inside virtual reality and couldn’t feel the giant plastic contraption on my face.”

The leaked images of the Quest 2 from WalkingCat and a recent Reddit thread seem to support the size reduction.

Other than the frost-white color the rest of the specs that we can glean from the images are dual-microphones, integrated audio technology, fresnel lenses, a fabric interior surrounding the lenses and an increase in the size of the light-blocking nose piece.

The design does look to have eliminated the interpupillary distance (IPD) adjuster which is used to accommodate the lens distance for different users. The Oculus Rift S lacks a physical IPD adjuster as well as it uses a single LCD panel and relies on a software control to adjust for different users, suggesting that perhaps the Oculus Quest 2 could have gone this route as well.

When the original Oculus Quest launched, it was more than a little surprising that the company relied on a Qualcomm Snapdragon 835 CPU to power it, a chipset that was announced in 2016 and powered many flagship smartphones in 2017. While clearly the Oculus 2 will feature a faster processor, there are a  considerable number of options to choose from.

While the current top-of-the-line processor from Qualcomm is the Snapdragon 865, it costs a lot more. That might cause Facebook to stick to last year’s Snapdragon 855 or 855+ CPUs, which would still offer a reduction to a 7-nanometer process and a considerable performance boost.

It is also rumored that the Oculus Quest 2 will offer more RAM than the 4GB found in its predecessor. There have been no specific indications as to whether it would move to 6GB or 8GB options.

Finally, the battery life, which was between 2 to 3 hours on the original could also be improved. Given the rumored size and weight reduction of the headset, there probably isn’t going to be a considerable increase in the actual size of the 3,648 mAh battery found in the original Quest. But given the more modern processor, we might get at another hour of battery life.

Perhaps one of the biggest advancements of the Oculus Quest 2 could be the controllers, according to a driver first located by VR developer Gerald McAlister in an April firmware update for the Quest. The driver made reference to a new “Oculus Jedi Controller For Oculus Del Mar,” which is believed to be the internal codename for the Quest 2.

Whether this will actually become the shipping controller for the Quest 2 or not is unknown at this point, but it’s worth taking a look at the potential advancements.

On the current Oculus Touch controller used by the Quest, the controller tracking is achieved using the 30Hz flashes from the LEDs on the Touch. This Jedi driver appears to indicate a 60Hz IR LED mode. Naturally, doubling the rate of tracking would lead to not only more fluid and natural movement in-game, but would also decrease the amount of time for the headset to regain connection with the controller when it briefly passes out of its vision. It could also reduce latency for controller-free tracking.

Other changes include an improved accelerometer and gyroscope that could lead to more precise tracking of the controllers even when not in view of the headset’s cameras.

The haptics might also see an improvement, as the lack of granularity to the haptics in the current Oculus Touch controller has been a consistent complaint.

Finally, a change to the capacitive sensors found in the new controller could allow for full five-finger detection of your hand on the controller rather than just the buttons, thumbstick and index trigger like on the current model.

Oculus Quest 2: What we want

Improved battery life: This is on the list of rumored features for the Quest 2 and it tops my list for what I want to see out of the headset. While more is naturally always better when it comes to battery life, just seeing the headset push into the three- to four-hour range would be a significant improvement. That should cover the duration that most people would want to spend in VR in a single session.

Availability: Having watched people scramble to try to find a Nintendo Switch or an original Oculus Quest at actual retail prices for the last few months, I hope that Facebook has the manufacturing going at full speed so it can actually meet demand at launch.

Improved controllers: Honestly, the Jedi controller leak may as well have read my mind. I really hope that everything found in those drivers comes to pass. The existing Oculus Touch controllers offer a solid experience, but improvements to tracking and haptics in sound fantastic.

More comfortable: While the Oculus Quest isn’t uncomfortable, it’s just a bit too heavy for extended gaming sessions, like what will be possible with that extra battery life I'm asking for. If it can come in at or below that 17.6-ounce mark, I think that will be enough to really transform the experience of wearing the Quest, but smaller and lighter with more battery life is definitely a tall ask.