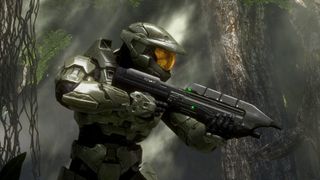 This is a big deal, as it finally completes the original trilogy that many have been desperately itching to play. Halo 3 is especially a fan favorite, being the first in the franchise to introduce in-depth custom games and Forge, which allowed players to create their own maps and mess with the rules.

Halo 3 was originally released in 2007 for the Xbox 360 and was met with glowing reviews by both critics and fans. Since then, it's been widely considered to be revolutionary for its inclusion of now beloved game modes and a campaign that excellently capped off the original narrative.

Whether or not Forge will be included with Halo 3 is uncertain at the moment, as Halo: Reach did not have Forge when it was added to the Master Chief Collection. 343 is seemingly trying to improve Forge in all aspects before releasing it to the public.