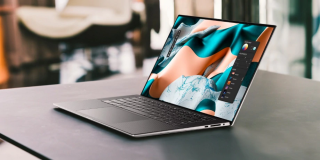 It's a matter of when, not if, Dell launches the new XPS 15 and XPS 17. These two flagship notebooks have been the subject of multiple leaks and rumors over the past few weeks — but none as revealing as this latest one.

Published (and subsequently removed) on Dell France, product listings for the XPS 15 9500 and XPS 17 9700 give us a full specs rundown of the upcoming premium notebooks. We now have a good idea of which processor and GPU will power these systems, as well as maximum RAM, storage and display resolution.

The following information was leaked on Dell France and compiled by Notebookcheck with help from stealthy Reddit users who uploaded images and documented specs before the pages were taken down.

We'll go over the specs for both devices, and give you a brief comparison between the two.

Consistently near the top of our best 15-inch laptops rankings, the Dell XPS 15 is a fantastic laptop for creatives or enterprise users who want a large display and fast performance in a small package.

Based on leaked images, the XPS 15's overall aesthetic is very similar to previous versions. You'll still find a silver-aluminum lid and what appears to be a carbon-fiber deck on the inside. One notable change is that the speakers have been moved to the deck, on both sides of the keyboard. We're holding out hope that these top-firing speakers signal improvements to sound quality, a deficiency of previous models.

Looking at design alone, the XPS 17 is essentially a larger version of the XPS 15. It also kills the bottom bezel and brings the speakers to the deck. Obviously, the XPS 17 is a larger device; It comes in at 14.7 x 9.8 x 0.8 inches and 5.5 pounds.

There are many similarities between the XPS 15 and XPS 17 beyond their design language. However, the small differences between the two laptops prove the XPS 17 is shaping up to be the more capable device.

Along with its Nvidia GeForce RTX 2060 GPU (a big step up from the XPS 15's Nvidia GeForce GTX 1650 Ti), the XPS 17 has a Windows Hello IR camera, which appears to be disappointingly absent on the XPS 15. Interestingly, the XPS 15 also has two fewer Thunderbolt 3 ports and one less USB-C input.