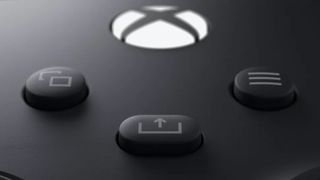 The Xbox Series X has apparently entered production, which suggests that it's likely to be on track for the projected Holiday 2020 release window.

While both Microsoft and Sony have confirmed that the Xbox Series X and PS5 wouldn't get delayed because of COVID-19, there's still a lot of uncertainty during these trying times.

However, it seems that Microsoft is on schedule and that the company plans on bringing the Xbox Series X to more countries at launch than it has ever before with previous consoles.

Xbox Series X in production and on schedule

The production of the Xbox Series X was confirmed by French-language site Xboxygen (VG247 ran the news through Google Translate to get the gist of it).

The translation read, "What we learn today is that [Xbox Series X] is in production, and that France is one of the priority countries for the delivery of machines at the end of the year."

Xbox France director, Ina Gelbert, told the site that France is so important because of Microsoft's decision to be more aggressive at launch, saying, "The choice we made on this launch is to be present in more countries than at the launch of the Xbox One."

"We have the units for the launch," Gelbert said. "France is in the priority countries."

"Now, will we have enough … This is always a big question, and this is where we enter into discussions for us, and it is my role, to favor France over to other countries. Show that we have the community, that we have the market, that there are huge expectations around the Xbox Series X in France and that we need units to cover this demand."

Gilbert also mentioned there being a lot of work to get the Xbox Series X consoles on the production line. Gelbert added, "Today I do not see a risk for France. But if a few days before the launch, there is a huge containment in the world… we can not do much."

Although the launch of the Xbox Series X and PS5 are months away, the consoles already feeling the effects of COVID-19.