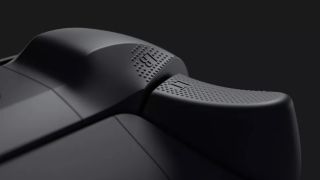 Microsoft has officially given the next Xbox Series X games showcase a date. Tune in on July 23 at 9am PT / 12pm ET to see the biggest Xbox games event in a long time.

The most important game at the show is expected to be Halo Infinite. There is a good chance we finally get the much-anticipated gameplay reveal just months before the game's official launch. We are also anticipating many more heavy hitters at the show.

Apart from getting a glimpse at Halo: Infinite gameplay, we're likely to see some progress on Hellblade 2: Senua's Saga as well as Rare's new Everwild game.

Some games we hope and dream about seeing include the Fable 4 reveal that everyone is been waiting for. Of course, Fable 4 isn't officially confirmed, but since its Twitter handle was just snagged by Microsoft, we have a pretty good idea that it's happening.

On top of that, we're bound to see what The Initiative has been working on. It's been rumored that the company is developing a new Perfect Dark game based on a Twitter handle that was also recently nabbed.

Of course, there's also Forza Motorsport, which hasn't seen a new release in three years. It's unlikely but there is a small possibility of a Gears 6 title reveal. If anything, it would be a very brief teaser since Gears 5 launched just last year.

Stay tuned on July 23 at 9am PT / 12pm ET to see what exciting new games the Xbox Series X will host. Hopefully, they can stack up against the PS5.