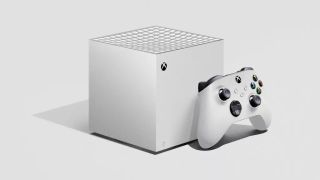 After Microsoft's Xbox Series X games showcase, fans are more excited than ever to get their hands on the next-generation console. While we found the event to be a bit underwhelming, the company announced a handful of exciting titles like Fable, Stalker 2 and State of Decay 3.

And even though we just got this exciting nugget of reveals, it seems like we'll be getting more news soon. Xbox head Phil Spencer has hinted at another event in August where we'll hear more about backward compatibility and possibly witness the long-awaited reveal of the Xbox Series S.

On a podcast with YouTuber iJustine and Jenna Ezarik, the topic of backwards compatibility sprung up and Phil claimed he intends to "talk about it next month" and that in "August we'll have more to say on that."

Xbox's dedication to backwards compatibility has been understood for quite some time, but another event in August coincides with a handful of reports that claim Microsoft intends to reveal the Xbox Series S during that month.

Additionally, a white Xbox controller has been making rounds on the internet and many believe it is the one the company plans to bundle with the Xbox Series S.

This white controller resembles the design of Xbox Series X's controller and due to how the shadows of the object above it streak across naturally, it's likely a real photo. However, it could just be an alternative Xbox Series X controller color and not actually intended to launch with the Xbox Series S.

Regardless, it seems more than likely at this point that the Xbox Series S is real, and since Phil Spencer is hinting at some sort of event in August, we could get the news as soon as next month.